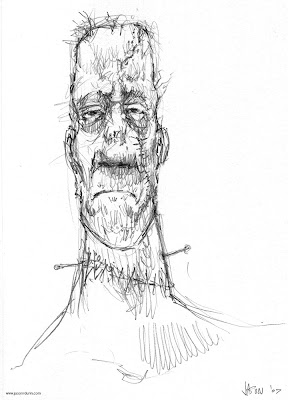 Posted by Jason Dunn at 6:26 PM No comments: 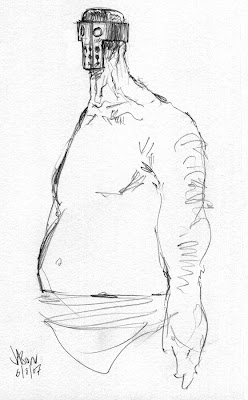 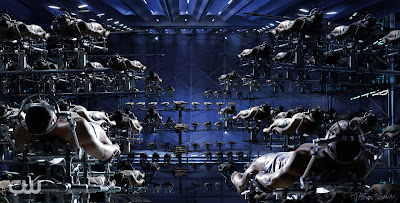 So Lex Luthor has this secret lab inside a dam, where he's building an army of experimental super-soldiers, and, according to the script, we see a vast room filled with them. First, I started with some quick-sketches to establish the basic design of the room. 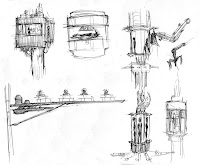 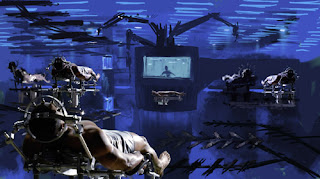 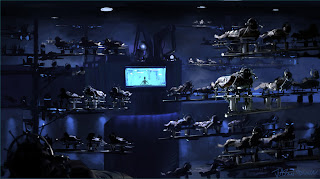 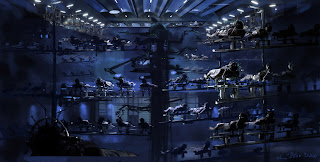 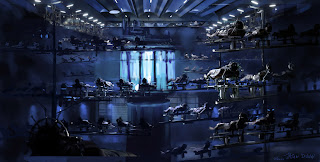 The feedback I kept getting was that the frame was too busy and complicated. Keep it simple and go lighter on the sci-fi.
I removed the central tower altogether, and added racks of soldiers in the distance. Tim Ketzer and Glenn Curry built some 3d soldiers to stick in the background, and projected the extreme foreground guys onto crude geometry to get some believable parallax out of them, and I assembled the rest as 3d layers in After Effects. 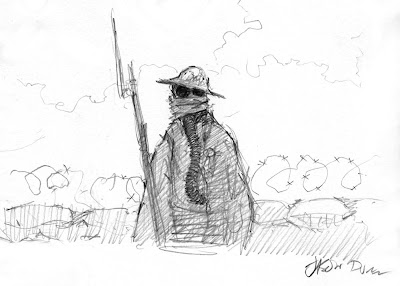 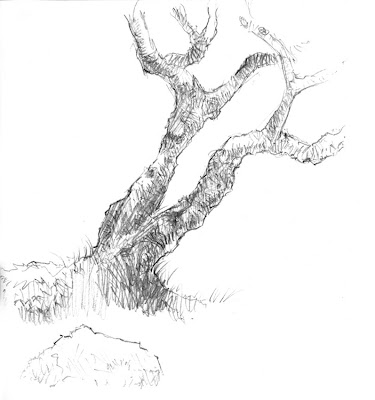 From Nanzen-ji temple in Kyoto.
Posted by Jason Dunn at 4:53 PM No comments: