For the premiere of Smallville season 9, the producers asked for a sinister, more Batman-like view of Metropolis. I started with a couple digital concept paintings with opposing color palettes. They chose the second one. 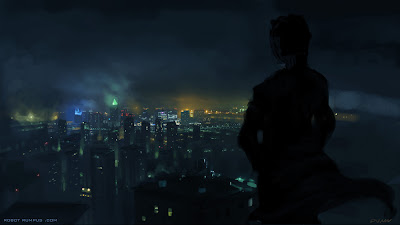 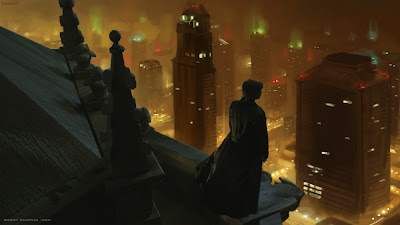 The actor was filmed on a green screen and partial set in Vancouver. 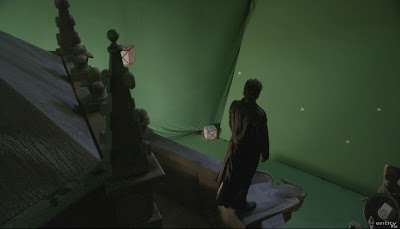 Overlaying the concept painting with the live plate, 3d artist Andrea Shear assembled the Metropolis 3d geometry from the show's library of buildings to match the concept. She rendered it out in multiple passes, breaking out the windows, neon signage, radiosity, Z fog, Y fog, and volumetric fog into multiple grayscale passes. 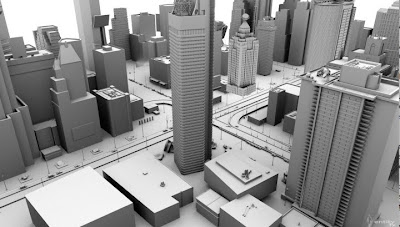 Layering the passes in After Effects, I comped them all together and added color. 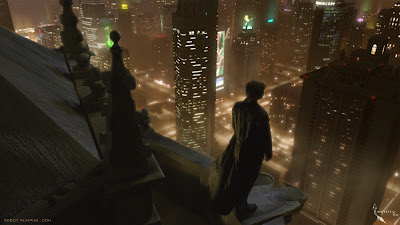