From the Smallville episode, Kandor, in which we flash back its destruction on planet Krypton. 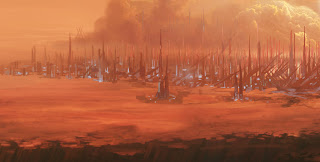 The matte painting was built as a still in photoshop, and I used the warp tools in Nuke to animate it. I then comped it in After Effects with footage of an LA firestorm to get the smoke to billow. 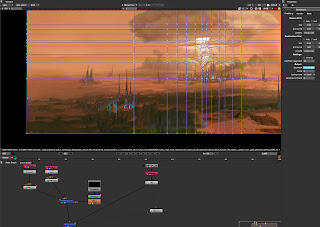 The destruction of the city is a cocktail of particles, breaking glass elements, gas explosion elements, dust, and exploding Styrofoam.

Destruction of Kandor from Jason Dunn on Vimeo.

Posted by Jason Dunn at 7:25 PM No comments: