Here's a sequence we did for Terminator:The Sarah Connor Chronicles at Entity FX. A bunch of stuff happens in a submarine, so we needed a series of establishing shots of the exterior, as well as the climax shot when the submarine *spoiler alert* blows up at the end.

I started with a series of concept sketches based on the storyboards for color and composition... 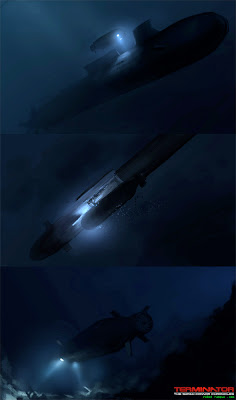 The sub was modeled and animated in Maya by Pharoah Barrett, and the chrome terminator eel was animated by Andrew Lema. I comped the shot in After Effects, and used several layers of fire elements, spherized and color-corrected green, as the underwater explosion. I also layered in several time-warped dust-explosion elements to simulate underwater bubble clouds at a large scale. 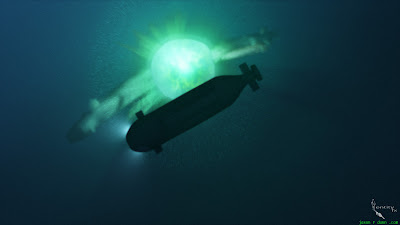 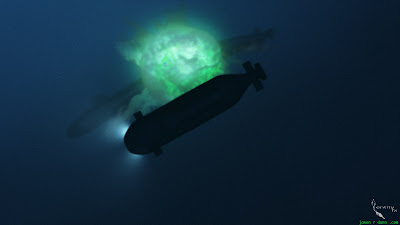 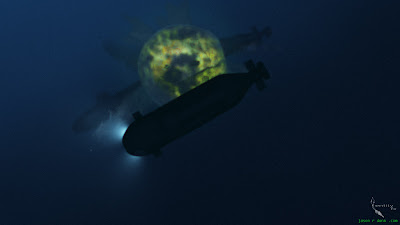 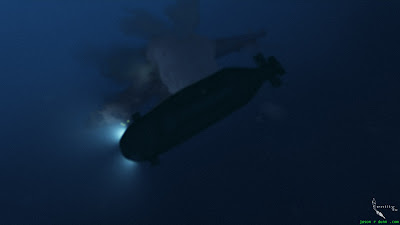 Posted by Jason Dunn at 1:00 PM No comments: