Here was a fun thing to do... two epic explosion shots for The Spirit which I got to take from sketch to final comp. 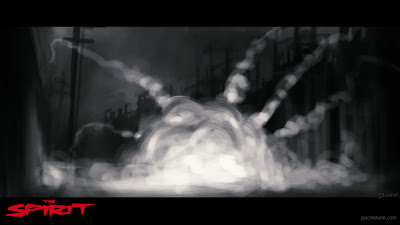 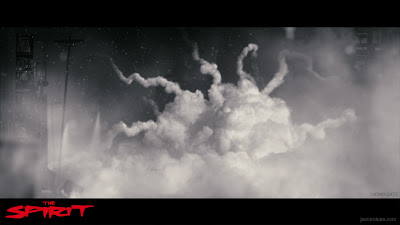 We started with sketches, which sat as placeholders in the edit, while framing, composition, and design issues were all addressed in editorial context. When Frank Miller was finally satisfied with these things, they were next fleshed-out into detailed matte paintings.

Matching the angle of my sketch, matte painter Roger Kupelian rendered an overhead view of the city in 3D. I took his renders and painted over them in Photoshop, basically to tweak, re-light and modulate detail. I layered in clouds from various stock photo sources, and translated the smoke tentacles into 3d particles.

The final comp was done in After Effects, using warpers on the clouds to make them billow. 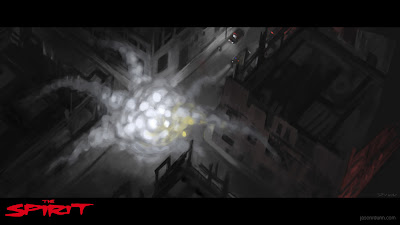 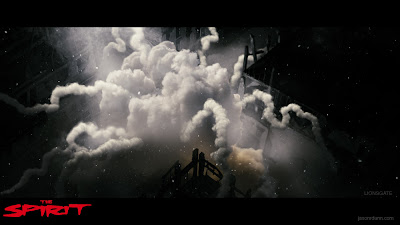 Very cool concepts and good delivery on the matte paintings. These shots don't look like something I would imagine a matte painting dept. would cover since so many fx houses want to do something "cool" with rendered volumetrics. But you delivered something even better. Awesome work