Various deisgns we did for the film After Earth, which included futuristic technology, weaponry, and FX sequences.

We designed a "wormhole" effect, with the idea that the ship itself remains still relative to the viewer, but space in front it gets compressed into a singular point, and then expanded back to full size behind the ship, propelling it forward. Entire galaxies get crunched into the size of a pinhead, pass through the ship, and then explode to their original size in its wake.

The weapon of choice in this future is something like a transforming swiss army knife;  an expandable, double-eged staff which can reconfigure itself for different functions.. including a blade, a taser prod, and a water purifier.
It is made of some kind of living fiber which can change size and shape on command. 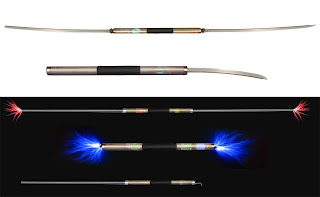 For a probe design, we experimented with different types of exotic biotechnology, which could be economically grown on demand and infused with robotic implants. 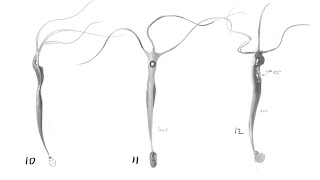 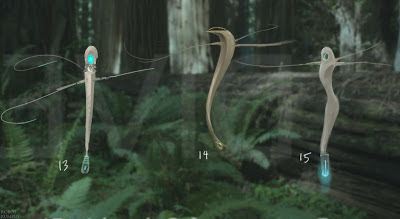 These sketches explored the various nuts-and-bolts of the sensory equipment. 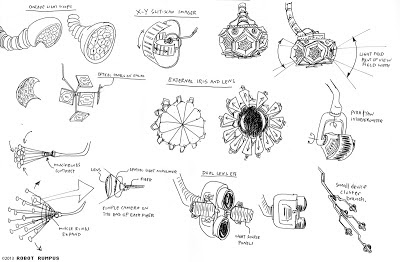 And some otherworldly plant life. 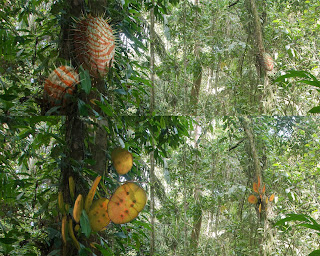 Awesome, Jason! So cool you're sharing this!

Awesome, Jason! So cool you're sharing this!!